A major update in Google AdWords has affected most advertisers in the last few days. Somewhat controversial, this modification takes full charge of the platform’s daily budgeting system.

The change went into effect on October 4, the same day Google announced it on Twitter:

For Google, doubling the daily budget limit on days of heavy traffic is the solution to balance the frequency of ad serving. From now on, what will command your daily costs will be the traffic, i.e. the volume of demand for the advertised item or service.

Why did Google decide to make this change in the daily budget?

What Google said in the AdWords Help Centre is that this measure is aimed at improving advertisers results, as it will take advantage of good traffic days to balance with the low traffic ones.

The rationale behind this is that internet traffic is like the ocean waves. Some days the waves are small, and others they are huge.

So if your ads are not served because of low traffic one day, they will run more often on another day when the volume of traffic is higher. In these cases, Google will embrace the “wave” and will only stop when it reaches twice the daily budget.

Will this mean advertisers will pay more?

No, even if your site has atypical traffic, getting high volumes every day, Google will under no circumstances exceed your monthly budget limit.

Let’s see how they explained this to us:

So this means that, even if your campaign varies and for a few days you get charged more, at the end of the month you will not pay more than the designated budget for the average of the month. That is, the campaign budget will fluctuate according to the ad demand.

In theory, Google will try to balance the budget throughout the month but what might happen is this budget running out before the end of the month, disrupting the campaign.

This is not necessarily a bad thing since it can mean a faster return on the investment than expected.

Is it possible to have Over-delivery in this new AdWords budget method?

Google guarantees that it will not exceed the monthly limit, but if it occurs, the amount charged outside the defined budget will be returned to the account via credits.

Whether this change will be positive or not, only time will tell, but for now, the only thing that seems certain is that this update can lead to a steadier monthly budget in the long run, which is always a good thing. You just need to periodically monitor potential over-delivery issues and ensure you are rightfully credited if they occur.

Are you looking for a Google AdWords Management Solution? Drop us a line at SWOT Digital and we’d be happy to discuss how we can help you. 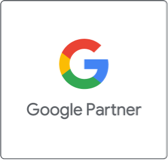